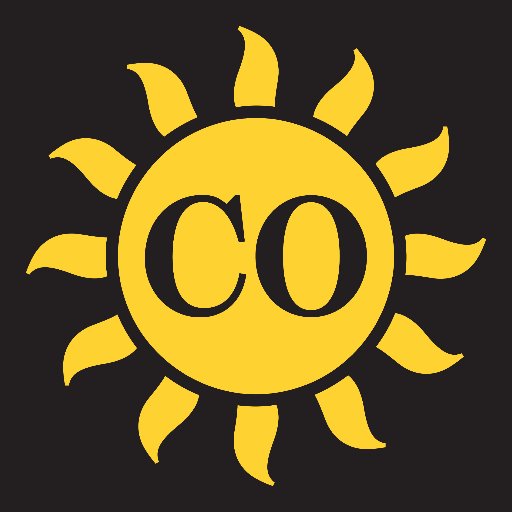 The Colorado Sun is a journalist-owned, award-winning news outlet based in Denver but which strives to cover all of Colorado so that our state — our community — can better understand itself.

The sister towns of Telluride and Mountain Village bagged plans to ban plastic straws after learning about an arcane Colorado lawpreventing municipalities from doing so.

But that hasn’t stopped the resort communities from searching for alternatives to single-use plastics — or even recycling.

The two towns, separated by a free gondola ride, feel the problem is one they can solve. They’re supporting efforts like the Telluride Venture Accelerator, which this week kicked off a two-week program to help startups in the plastics-alternative market.

“We want solutions,” said Ashley Nager, its program director. “We want to galvanize the community around this issue. It’s already there but we want to create more awareness of the companies that already have solutions.”

Recycling has long been the mantra to protect Earth’s natural resources for humanity. But programs to divert reusable waste from the landfill hit a snag last year when China stopped accepting much of the world’s recyclables in order to clean up its own country. That, in turn, caused some cities to suspend recycling programs or, like Philadelphia, resort to burning half of the recycling collected. In Colorado, many waste companies raised fees last year and had to hunt for new buyers outside of China who would actually recycle recyclables.

MORE: Coloradans generate 9.6 pounds of trash per person, per day. Where does it all go?

Many of Colorado’s mountain communities already have some sort of plastics-bag ban. Telluride was the first in the state to pass an ordinance in 2010 (merchants can still offer paper bags for a 10-cent fee). Aspen followed a year later and recently reported that in a study observing how customers carried items out of local grocery stores, the majority brought their own reusable bag or didn’t use one and 14 percent paid for a paper bag.

The Telluride business accelerator is just one piece of the community’s plan to get rid of single-use plastics and figure out how to reuse instead of just recycle. The Green Team, a committee of residents, council members and staff in Mountain Village, is developing what it calls a Voluntary Single Use Plastic Reduction Initiative. It would set a timeline for local businesses to reduce reliance on tossable plastic forks, utensils and straws and eliminate the use of Styrofoam containers in favor of compostable or reusable alternatives.

“Our goal is 100 percent of merchants,” said Zoe Dohnal, the town’s business development and community engagement coordinator. “But it’s also about educating people about why we’re moving beyond recycling.”

That’s why the Green Team is also a supporter of the accelerator, which brought in six startups focused on reuse.

Participants include Panji Bags, a Ridgway company that makes hard cases out of recycled paper. There are refillable shampoo bottles from Ohio’s Plaine Products to help hotels cut down on tossing out half-filled miniature plastic containers. And there are plant-based containers from Denver’s Sana Packaging, which targets marijuana dispensaries that want to reduce their reliance on plastic baggies.

Pilot programs and partnerships are underway with local merchants.

“We started this with the intent that most of these companies would ultimately have a presence in Telluride so the bootcamp would have a lasting effect,” Nager said.

A reusable coffee-mug participant, Boulder-based Vessel Works, set up a pilot program with three cafes in Telluride and Mountain Village.

It works much like scooters in Denver. The cafes pay a per-cup fee to Vessel that runs about the same as what they would pay for paper cups, which aren’t easy to recycle. Consumers sign up online and use their phone to scan a QR code on the mug while ordering. When done, the customer drops the used mug in a special container throughout town that looks like a trash can. The rest is up to Vessel.

Between bootcamp sessions, Vessel founder Dagny Tucker found herself hopping into a truck to collect the mugs, wash them and redistribute them to the cafes. Each mug has internet technology inside so they can be located and recovered.

“The Telluride community has been extremely enthusiastic. We prepared inventory for three cafes and a kiosk and thought we’d just make cold calls. We had cafes signed up in under an hour with a waiting list,” Tucker said. “We did zero marketing. And now we’re seeing cafes printing up their own material to tell people about it.”

Tucker is now working on scaling the capital-intensive business and is looking for investors. But a key reason why she was attracted to the scenic bootcamp was to meet like-minded startups in the plastic-alternative industry. Others in her cohort include LimeLoop and Plaine Products, which both offer packaging that can be shipped back to the source and reused.

“There’s a really small number of people working in this space and that’s where the value is for me,” she said. “These are really unique issues for us because we’re dealing with behavioral change and having conversations about reusability specifically versus just a product you’re selling. Scaling is very different.”

Another member of the cohort, FinalStraw, raised $1.9 million last year in a crowdfunding campaign to make a collapsable, reusable straw that comes with a cleaning brush and portable drying rack. At $25 to $30 a straw, founder Emma Cohen said she realizes this isn’t going to solve the straw problem at restaurants (“It should be straws on request,” said Cohen, who gets perturbed when a restaurant voluntarily gives her a straw — she calls it “nonconsensual plastic.”)

But she realizes straws are a necessity for some people so it should also be a personal responsibility. The patented FinalStraw attaches to a keychain so it’s up to the user to carry it, use it and clean it.

“The response has been unreal. We’ve sold straws to over 100,000 people in 100 different countries,” said Cohen, who quit her job in the pollution-prevention department at Los Alamos National Laboratory to start FinalStraw. “Ultimately it’s each and every one of us’ responsibility to reduce our own waste.”

Many of the products have to figure out how to get costs down in order to reach a mass audience. Some items won’t work well with restaurants, which don’t really have extra time to clean straws during a dinner rush. But, said Mountain Village’s Dohnal, every remote town must consider changing habits since there are other costs to consuming and recycling, such as the cost of hauling its trash and recycling to the proper disposal facilities.

“Honestly, I think we have a pretty progressive community, which is nice,” Dohnal said. “Being in a mountain town, I don’t want to stereotype, but we love the outdoors and take on the responsibility to protect that. But of course, change is hard for anyone.”