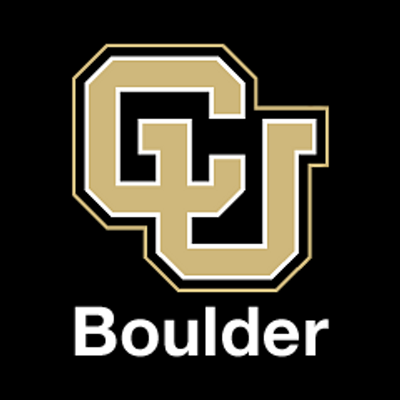 As one of only 36 U.S. public research institutions in the Association of American Universities (AAU), the University of Colorado Boulder is all about realizing the positive impacts of new knowledge.

Adrian Smith and James Eichner ran their own consulting firm, Entrepreneurial Solutions 2016, between their first and second years as MBA candidates at Leeds School of Business. Neither had consulting experience but were up for the challenge.

Without any existing contracts, the two spent most of the summer on business development. It took time to get established and land contracts, but some advice from Professor Deriso - Yes, we can do it, and it'll cost this much - stuck with them, says James. ”The idea is that it makes us creative, and we price high for things we're not sure about. If the client goes for it, great! We'll figure out how to do it.” The team ended up making over $50,000, making them one of the most successful consulting teams to date.

One of the coolest and unexpected projects was working with The Butterfly Pavilion, who was interested in partnering with a butterfly farm in Costa Rica. “I had no idea the global supply chain that is the butterfly trade, says Adrian. “It’s an opaque supply chain with shady practices and environmental issues.”

“The cool thing about consulting is that you don’t have to know something your client doesn’t know. In fact, sometimes it’s better not to know anything about what they do, so you can bring a fresh perspective. They’re bringing you in because they have a problem to solve. A consultant just needs to solve the problem.” - Adrian Smith, Entrepreneurial Solutions 2016

Making something out of nothing

James says one of the biggest values of his MBA was increased confidence after learning to speak the language of business. “Entrepreneurial Solutions was my first time putting that new language to work, testing out some of that confidence and realizing that we could make something out of nothing.”

Right off the heels of Entrepreneurial Solutions, James co-founded a company, Sana Packaging, with another Leeds MBA student. His experience consulting proved to him that if he wanted to do something he could do it. Sana Packaging has gone through two rounds of seed funding and just launched their third round (the first equity round). They’re averaging $50,000/month in sales, have over 100 customers and are a fully operational company.

Doing good in the world

Adrian was suspicious of business going into the MBA program, but wanted to focus on sustainability and do business with people who included people and the environment in the equation. “As I went through the process of the MBA program, I came to understand it was possible to do good in the world while building a business. Build it into the model.”

Adrian credits his finance courses and the Venture Capital Investment Competition (VCIC) for teaching him the mechanics behind the financial side of entrepreneurship. “It opened my eyes to how things could work and how you can take some really big moonshot ideas and convince other people they’re worth funding.” His experience with VCIC led him to where he is now, directing an accelerator program in North Carolina.

Adrian and his fiancé have also founded a company, Preservation Dyehouse, that provides healthy alternatives to chemical dyes. The team recently won the Creative Business Cup here in the U.S. and traveled to Copenhagen to compete against 65 other countries. They did not win, but the two-day pitch bootcamp helped them hone their “why.” Adrian says, “when you’re talking to investors and sustainability isn’t part of their core value system, you have to focus on other attributes of the company.”

“Cram it all in - you’ve only got two years! I front-loaded my experience so I was a part-time student during my last semester. My plan was to use that time to job hunt but I ended up starting a business instead. I took Jeff York’s Sustainable Ventures course in the fall, incorporated Sana Packaging right after, and joined an accelerator in the spring.” - James Eichner, Co-Founder and CSO of Sana Packaging

“When I moved back home to North Carolina, I realized that I had done two years of networking in Colorado that wouldn’t help me at home. I had to spend time building connections and networking. Decide where you want to be and focus on building a network there well in advance.”  -Adrian Smith, Director of New Ventures Startup Accelerator and CEO of Preservation Dyehouse