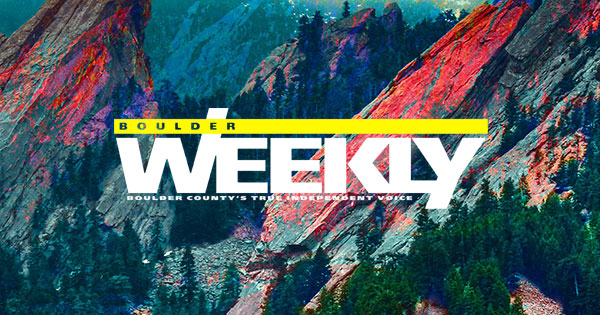 So those can be pretty bad,” Ben Searchinger says, talking about the Russian-doll-like packaging system that encloses a box of edible gummies at Drift dispensary, where he’s inventory manager. One company, he says, “has individual boxes, inside those boxes are the childproof dram bottles … and inside those are plastic bags with the gummies in them. And then we have to put it in a paper, opaque exit bag.”

All together, that’s four layers of packaging between the consumer and the product — three more than most food or medicine bought at a store.

“The reason there is so much [packaging] is state regs,” Searchinger explains. The Colorado Department of Public Health and Environment and the Colorado Department of Revenue’s Marijuana Enforcement Division have designed an elaborate cannabis packaging system to ensure marijuana products stay out of the reach of children. All dispensaries must adhere to these rules.

Even though Searchinger believes the majority of the packaging could potentially be recycled, “It’s all incredibly wasteful.” He shrugs, “But what are you going to do? Your hands are kind of tied by the state.”

Ron Basak-Smith first noticed this waste problem a few years ago, while a graduate student at University of Colorado Boulder. “I’m a cannabis user myself,” he says, and was familiar with the Colorado regulation specifics, including stipulations like odor-resistant, child-resistant and opaque packaging, as well as special labels.

During a sustainable venturing class one semester, Basak-Smith approached James Eichner with an idea: a sustainable, regenerative packaging system for cannabis products as an eco-friendly alternative to the petroleum- and corn-based plastics already on the market.

Basak-Smith says the investment in developing a good-for-the-planet packaging system is a no-brainer. As a March 2018 IBISWorld report indicates, cannabis consumption continues to grow with a nation-wide projection that revenue for both medical and recreational marijuana will rise more than 30 percent in the next five years.

Add that to estimations that Eichner cites in an article he wrote for Cannabis Packaging News: By 2020, the cannabis industry “will be generating well over one billion units of single-use plastic packaging waste per year.” The duo quickly realized the opportunity to make sustainable packing the norm in the cannabis industry.

Though recyclable and some compostable packaging already exists, as Searchinger is quick to point out, Basak-Smith isn’t convinced they are the best or final solutions. “The elephant in the room is the corn-based plastics that have been vastly adopted by anyone doing compostable products,” he says. “I think they’ve made great strides in bringing awareness to compostability and plant-based materials, but really it’s a starting point. We need to keep pushing the envelope.”

Hemp is where Basak-Smith and Eichner turned, and where they found a world of sustainable potential.

One of the earliest domesticated plants, hemp has over 25,000 uses, according to a 2017 report commissioned by the Congressional Research Service. The Declaration of Independence was drafted on hemp paper, for example. Henry Ford used hemp in a biocomposite car prototype. Today, The Body Shop incorporates hemp into many of its lotions, Patagonia weaves the fibers into bestselling clothes, and it’s a superfood sold regularly at grocery stores.

Forbes has reported that with more research and development, “renewable, fast-growing hemp is a substitute for many unsustainable products like non-organic cotton … and many plastic products.”

It’s an environmental powerhouse as much as it is a blank canvas for future materials.

Despite all of this, hemp’s potential “has been sidelined,” Basak-Smith says.

Only in the last few years have regulations been revisited, allowing research and commercial growth in certain states, slowly opening doors for companies to explore hemp’s use as a regenerative, sustainable alternative to conventional fibers and plastics.

With this knowledge, Basak-Smith and Eichner founded Sana Packaging during their sustainable venturing class, and continued to develop their 100-percent plant-based, chemical-free hemp plastic prototypes all throughout last year.

Sana’s products, which reduce packaging layers, include a state-approved box container for flower, edibles and concentrates; a tube for joints; and paperboard for any other packaging needs. The company sources hemp from an industrial farm in Kentucky, and processes the materials in North Dakota and Arizona. The first products will be launched in select dispensaries come June.

From the dispensary’s point of view, Searchinger says, Drift would be happy to wrap their products in hemp-based packaging, but it needs to compete price-wise with the materials they already use. He’s excited to see how Sana Packaging plays out. “It’s still uncharted territory,” he says.

While Basak-Smith and Eichner have their work cut out in the cannabis industry for now, their hope is to eventually migrate the technology across all packaging needs.

“We see this opportunity to bring this incredibly regenerative crop back into our agriculture, and packaging is a way to move a lot of it,” Basak-Smith says.

“It feels like hemp has been a missing link in terms of sustainable materials. It’s just been standing there waiting for the cuffs to come off, so to speak.”